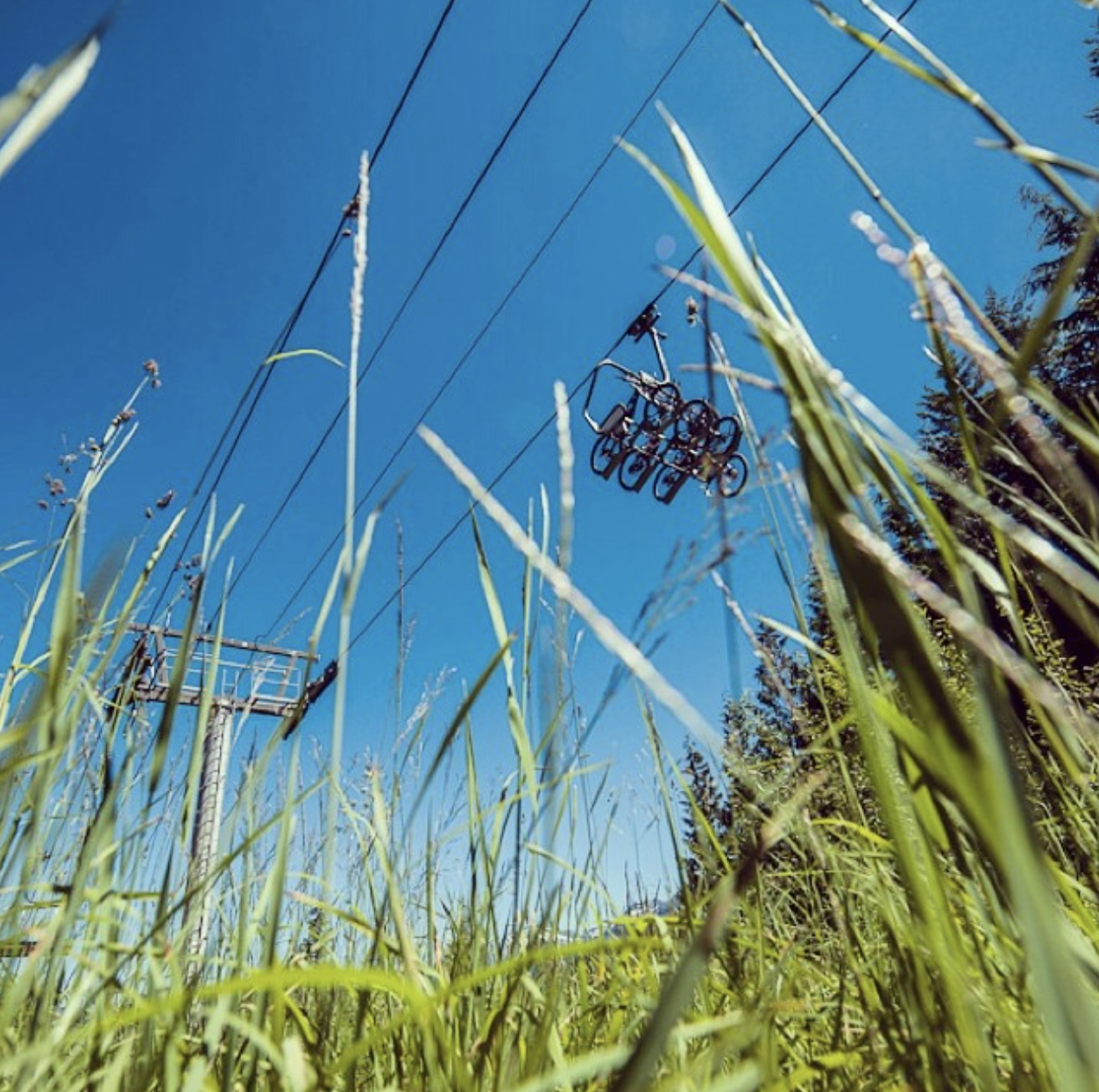 My first experience with lift-served mountain biking was at Sun Valley as a teenager.  In those days I would happily hand off my cross-country mountain bike to lift operators and they would heave them onto hooks on the bails of every other chair.  At the top, 2-3 operators would pull bikes off and wheel them to a nearby bike rack.  This worked alright with mostly empty chairs, few bikers and even fewer trails.  But this system required a ton of staff and could only carry a maximum of two bikes every two chairs – not very good for machines with capacity normally measured in thousands of riders per hour.

Whistler-Blackcomb changed everything in 1998 with the opening of the Whistler Mountain Bike Park.  Its creators didn’t just build some trails but created an experience that thrills riders of all abilities with jumps, berms and bridges.  Eighteen years later, the Whistler Mountain Bike Park is now larger than most North American ski resorts with two gondolas and three high speed quads accessing 73 trails and 5,000 vertical feet.  The team behind the world’s best bike park now designs parks all over the world from Gravity Logic headquarters in Whistler. The Whistler Bike Park could never have succeeded without the invention of efficient, custom bike racks initially built for the Fitzsimmons Express.  Whistler-Blackcomb partnered with Murray-Latta Machine Co., which long ago transformed from a ski lift builder to custom fabricator.  The two companies set out to create the best bike racks for chairlifts.

The debut of roll-on, roll-off bike carriers was a huge leap forward.  They allowed a single lift operator at the bottom terminal to focus on watching the lift and guests rather than lifting heavy mountain bikes onto hooks.  Quick-load carriers can move 2-4 times as many bikes as hooks when installed on every other chair.  They reduce damage to bikes that get more expensive every year while limiting the number of workers compensation claims by lift staff. After the jump, see a rundown of innovative bike carriers now available for chairlifts and gondolas.

As noted above, Murray-Latta pioneered the roll-on, roll-off bike carrier with Whistler in 1998. What was initially a custom manufacturing job became a business of its own, with Murray-Latta bike carriers now found across North America at places like Jackson Hole, Angel Fire and Winter Park.  Inter-Mtn. distributes Murray-Latta carriers along with their other ski area supplies.  When Angel Fire added its first 38 sets last year, bike park director Hogan Koesis told MTBparks.com “I am so stoked to be legitimate, because we all know, without proper bike carriers on your chairlift, you’re just another bike park.”

Murray-Latta triple bike carrier in action at Jackson Hole on a Poma detachable.

Kelly Deason has been building custom bike carriers for chairlifts and gondolas since 2003. The original Deasonbuilt design was similar to Murray-Latta’s, accommodating three bikes on a standard quad chair.  Kelly also built four-point, four-bike carriers for gondolas at Sun Valley and Northstar.  Newer models for both chairs and gondolas have a center pole mounted directly to the taco or gondola hanger, making it easier for guests to load their own bikes with handle bars that seem to keep getting longer.  These are simpler to install with fewer attachment points and without the need to remove the backrest/seat on each chair.  The new center-pole gondola version debuted at Steamboat in 2013 and Whistler’s Creekside Gondola in 2015.